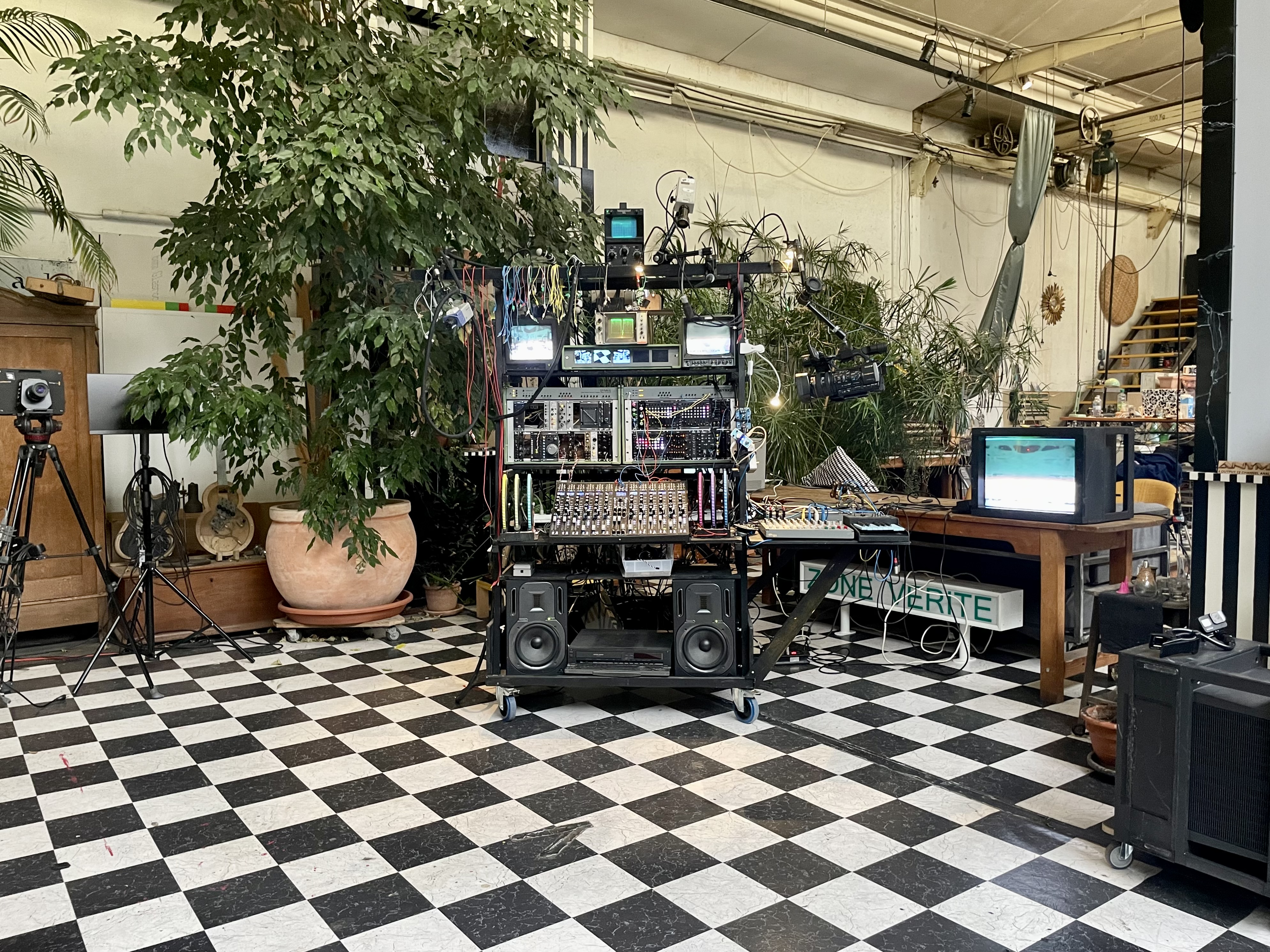 The Synkie is a modular instrument built for video processing and synthesis. It offers some very unique and strange possibilities. Michael Egger, the “brain” behind the project, tells us all about it. 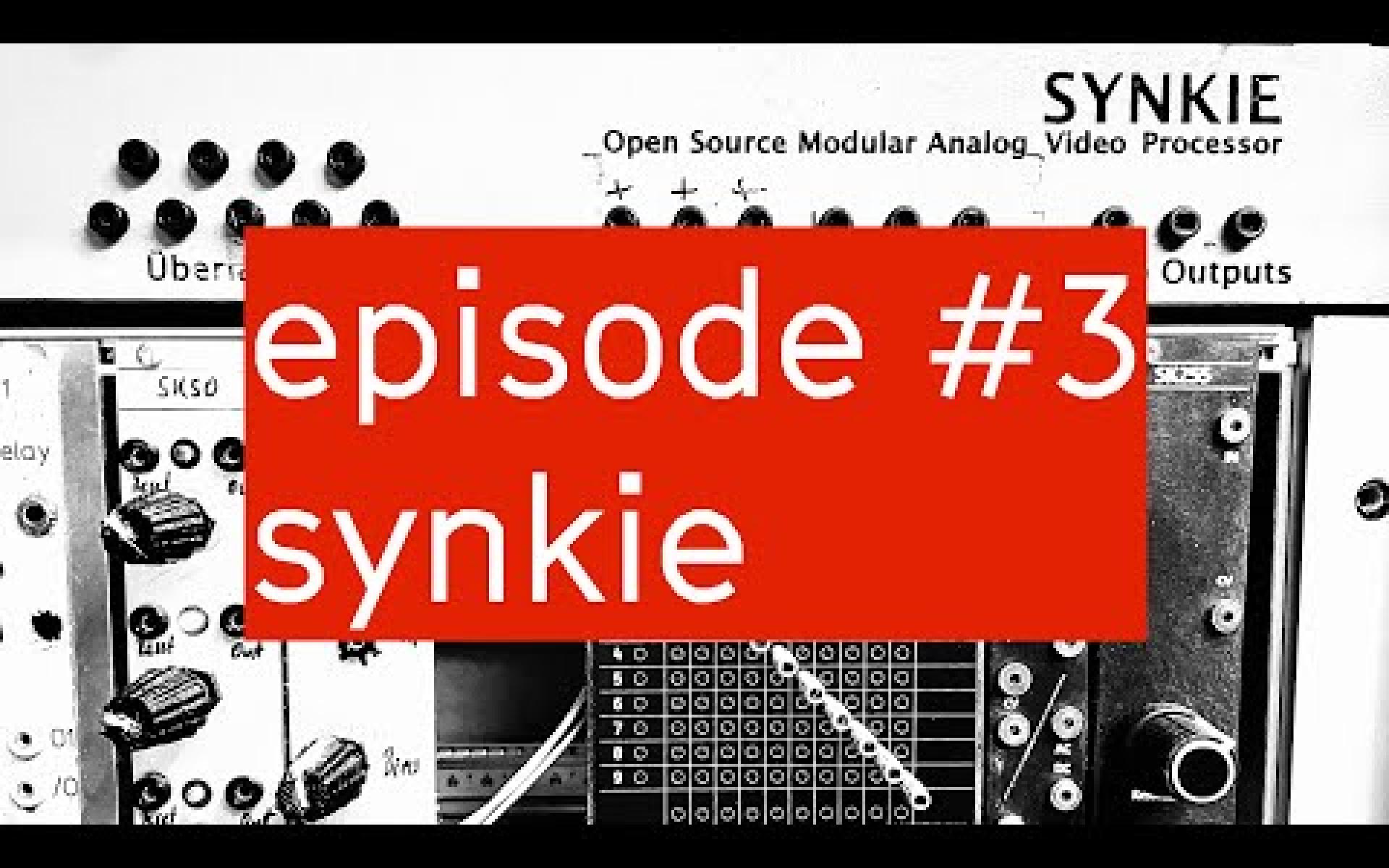 How did this project begin?

Back in the 90s, I was running some experiments with a television that I would film with a camera and create loops out of that — I loved doing that. One day, by accident, one of the cables of the camera ended up coiling around the speaker I was using to listen to music. I noticed that the music actually had an influence on the image that was being casted to the television. I thought that was really neat, and it made me want to create instruments for playing visual shows, like the Video Bass [a MIDI instrument shaped like a guitar]. Following that, I focused on analog gear, at least trying to avoid having a computer at the center of my setup. I started developing the first ideas of the Synkie with my brother Max and my friend Flo Kaufmann. We created a small board on which we could mangle with the video signal without interfering with the synchronization, which is, basically, a necessary property of analog video signals. The idea was to extract the video signal, mess with it, and put it back in without ever touching the synchronization signal. I then started using all of that in the context of live music. 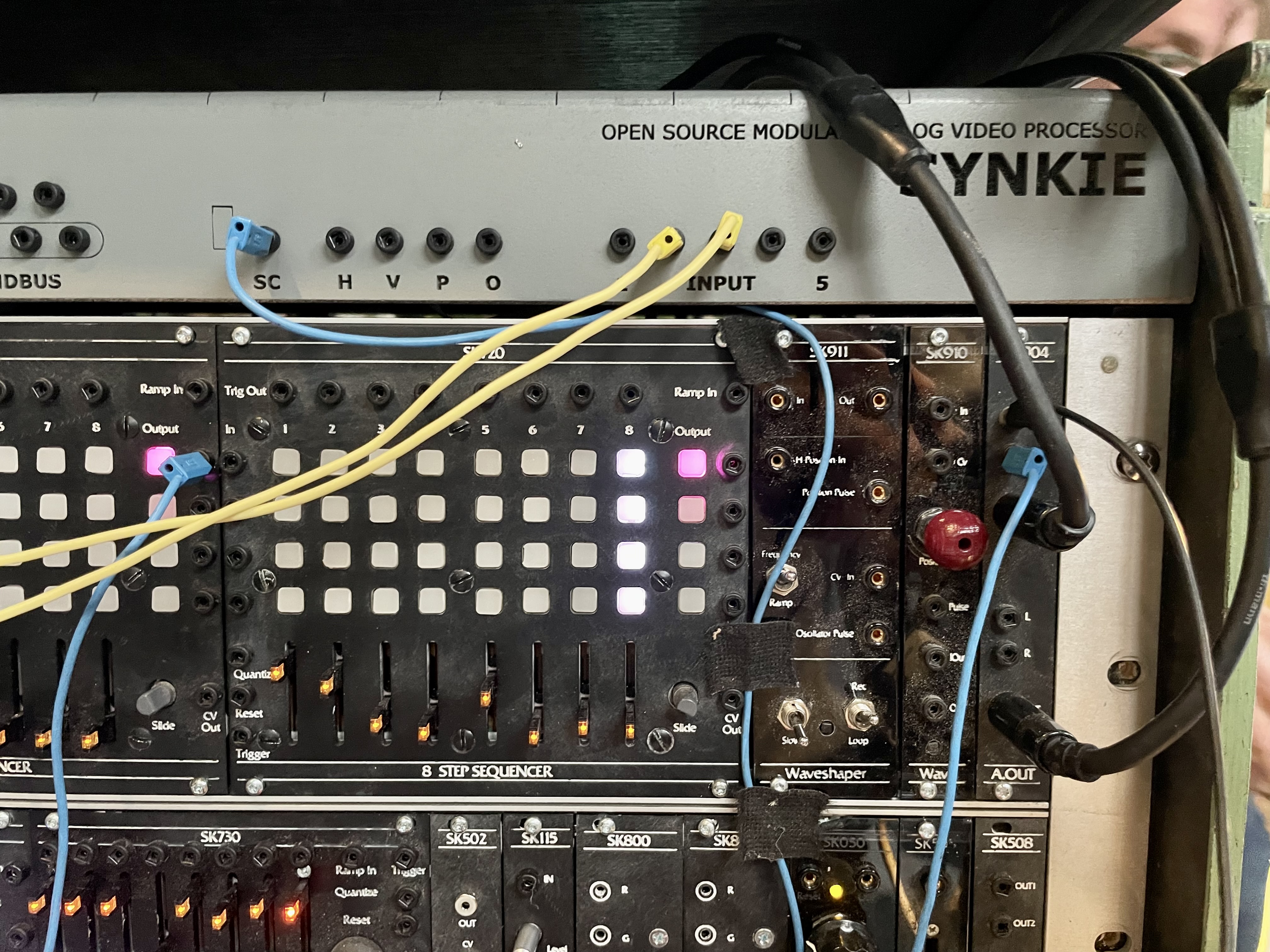 You started playing audio-visual live shows using only the Synkie. How does that work?

Yes, indeed. The latest development of the Synkie consists in the audio aspect. The sound is, quite simply, always the direct result of the image produced by the machine. There is no conversion: I literally input a video signal into a pair of speakers and see what happens. I’ve added some “rhythmic” aspects, such as this turntable, which allows me to get more interesting sounds than simple drones. The result is that we are listening and seeing one and the same signal.

Link to the episode: explanation of the general behavior 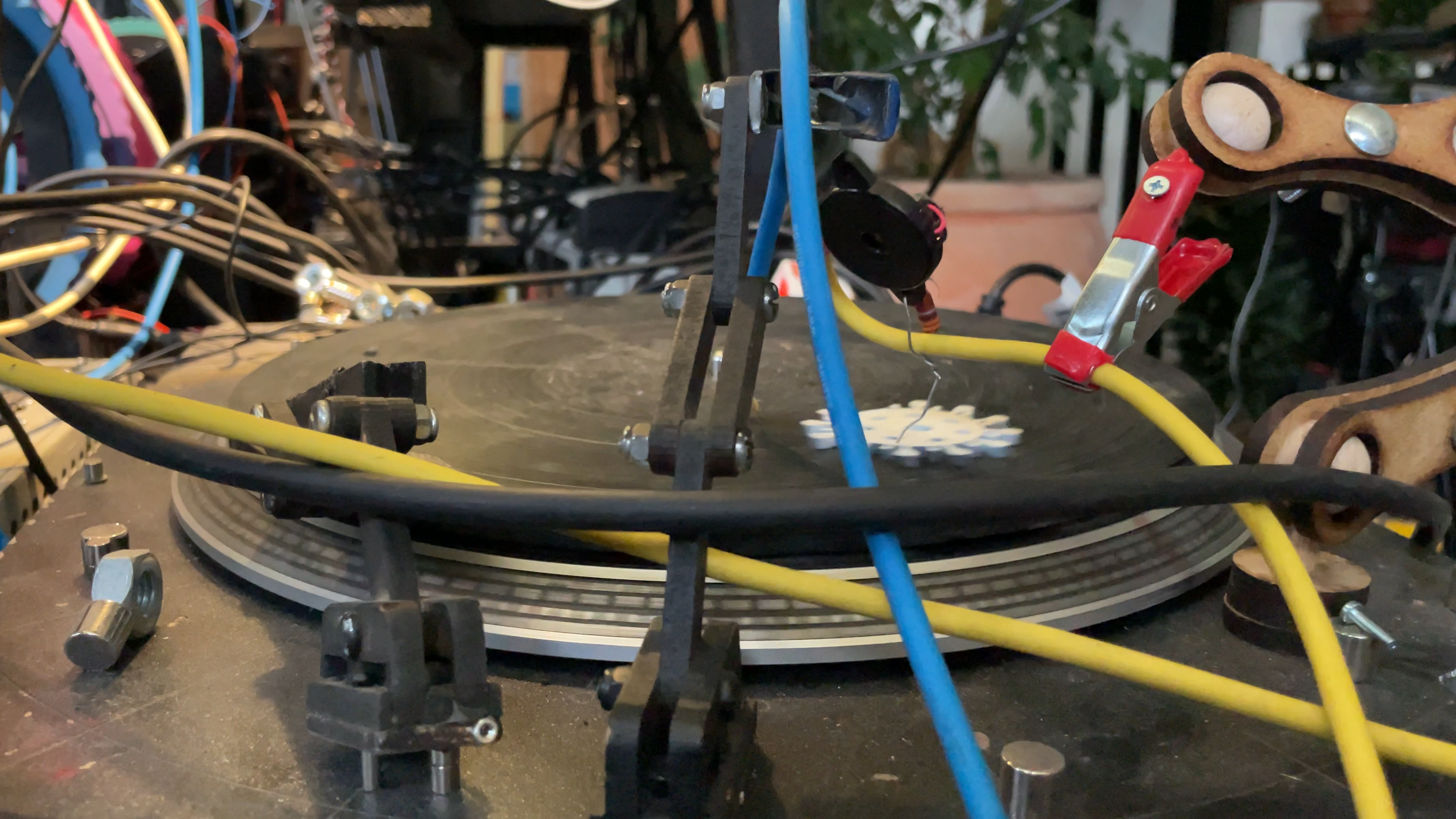 The Synkie is truly interactive, one could almost say educational…

It is very “hands-on”, yes. I think you could say that it’s fun to use, but educational, I’m not so sure! After a live show, I often leave the instrument turned on and ready to play, so that any curious members of the public can come and interact with it. It’s almost more interesting than my own performance on it, when I can take the time to explain and show each functionality, and watch people try using it themselves!

What is the future of this instrument?

Right now, I think I need to focus on playing it live rather than developing it further. I still have one last project to finish, which is the Video Delay. This part is — really — the Holy Grail for anything I want to do with the Synkie. [The Video Delay will allow the playback of video signal with some latency from the source, allowing the creation of loops, repeats and feedbacks.] I think that will be ready this year. I would also like to refine some of the other modules so that, in a more or less distant future, others can enjoy them.

The Synkie project is available on Github and on its official website.